© RossHelen
Home page / THINGS TO DO /

Come with us on a jaunt around town! Snap a selfie on the water mirror and go shopping on rue Sainte-Catherine in Bordeaux by day, and check out the bars and concerts by night. When it comes to nightlife, La Rochelle, Pau and Biarritz have nothing to envy. Perfect for a city break with friends. Never been to a feria? Come with us to Bayonne! More into heritage? Head to Poitiers, Brive, Saintes, Périgueux or Sarlat, for a trip back in time.

Awarded “Best of 2017” by Lonely Planet, and an official UNESCO world heritage site, Bordeaux, known locally as the...

Looking out over the ocean La Rochelle is a sunny, lively and welcoming place. I took a few days out to discover one of...

Discover this surprising city and its passion for fire arts expressed creatively through porcelain and enamel.

Limoges
Limoges
A wonderful week in Nouvelle-Aquitaine for...

Nouvelle-Aquitaine has all the right ingredients for a perfect family holiday; enchanting historical cities, scrumptious...

Known for its gastronomy, beautiful beaches and unique culture, the French Basque Country is the perfect destination for...

Cognac
Cognac
The 5 stages of an urban outing in Cognac

Cognac is a deft blend of traditional and contemporary. Take Martell, for example. It’s one of the oldest Cognac...

The Basque seaside resort, launched by Empress Eugenia, is also the European surfing capital and invites to delight in...

Must-sees, must-dos, must-tastes during a trip to Angoulême… From the ramparts of the city high on the plateau to the...

Bayonne, the Basque Country’s economic capital, is worth a stop-off for its historic pedestrian districts located on...

Pau, a gateway to the Pyrenees, is a town of many features. Make the most of a colourful week-end combining snow and...

A must-do stopover on the Atlantic Coast situated 35km southeast of La Rochelle, Rochefort has a rich maritime heritage....

Spend 24h in Brive La Gaillarde with us and discover a 100% "Gaillarde" town! At just 1h south of Limoges, this...

In this charming medieval village, information boards will lead you to some twelve houses which ages span from the 15th century to the 18th century. At the bottom of various alleys and passageways, you will fall upon several timbered houses with mullioned windows, some bearing the vestiges of fortifications.

La 'Butte de frochet' (hillock of Frochet, is a natural area offering ecological as welle as fauna and flora interests. Is is a mineral backbone of white quartz, themnants of the hydrothermal activity of the Oradour-sur-Glane rift towards the end of the primaryera.
The ridge path offers splendid vistas on "Charente Limousine" and on "Basse-Marche".

The heather-covered moor is currently administered by the 'Conservatoire des espaces Naturels du Limousin'. Thus, some endangered bird species such as harriers or nightjars whosenesting area is heather spaces will be able to inhabit the place.

The landscape takes on pink hues at the beginning and at the end of the Summer at the time when ashen heather ans calluna vulgaris are in full bloom.

Canoes, kayaks and pedalos can be hired without prior reservation.
Descents in canoe or kayak, Manot to Confolens or Ansac to Confolens. Reservations required.

The biggest paintball park in the Limousin, 3 zones of over 3 hectares of natural ground. Enjoy a game with family or friends.

Outside:
- A 25m pool with diving board.
- A leisure pool with waterslide.

Listed as a Natural Zone of ecological interest, fauna and flora (ZNIEFF), the Corot site is part of the Glane valley, with varied fauna and flora, in particular, the ‘Royal Fern’, a protected plant. The 3 km trail is interspersed with descriptive panels with a riddle to solve. A prize is offered by the Tourist Information Centre for every correct answer!

’Gate town’ to the Millevaches Regional Natural Park in Limousin, Saint Junien is the second most important town in the département. Built around the tombs of the hermits Armand and Junien, this interesting town is internationally renowned for its glove makers’ and tawers’ (a process of tanning leathers not using tannin and used for luxury gloves) ’know-how". This town has specialised in working with hides since the Middle Ages and the gloves made in the Saint Junien workshops were highly sort after by the Royal Courts. Today, three companies perpetuate this tradition in supplying the biggest names in haute couture amongst which can be found Hermès, Chanel or Yves Saint Laurent. But Saint Junien has many more riches to offer and notably architectural: in the streets of this glove makers’ town you can admire the Consuls’ house (14th century) with its mullioned windows and its human-faced modillons (brackets). Along the River Vienne at the end of a charming Roman bridge can be found the Chapel of Notre Dame du Pont (15th century). In flamboyant Gothic style it possesses an exceptionally beautiful entrance. A little further on the side of the hill are the ruins of Saint Amand abbey. Built on the saint’s tomb all that remains is the north transept, two low, vaulted rooms and half of the east wall. For 10 years, the painter Jean-Baptiste Camille Corot found his inspiration from the enchanting landscapes along the banks of the River Glane during his regular stays in Saint Junien. While walking through the site that now bears his name and discovering the enormous granite blocks that decorate the floor of this magic forest one can easily understand how he was seduced. Every 7 years, Saint Junien venerates its two hermits during the ostension (religious celebration) ceremonies. In this town of gloves the ceremonies include a procession of 1500 costumed people. Furthermore, Saint Junien is one of the only ostension (religious celebration) towns where the Swiss guard are present.

Little stream graded as 1st category. Not really well maintained, fishers might be desapointed. Fish species: minnows, gudgeons, and crayfishes. Fishing technics: natural bait fishing, cast-fishing, and fly fishing... As a 1st graded river, only one rod per angler is allowed with maximum 2 hooks and 3 artificial flies. Fishing licenses sold at Vival Nouic (19, Dr LABUZE square). Prices: daily fishing license (10€), weekly fishing license (32€), annual fishing licenses (95€ for interfederal men-license, 73€ for the Haute-Vienne men-license, 32€ for women, 20€ for minors (from 12 to 18), 6€ for children under 12).
More information generally and on fishing periods on the website of the Fédération départementale de pêche de la Haute-Vienne (only in french): www.federation-peche87.com.

This authentic village brings the visitor back to the rural life of former times via an architectural heritage that has been remarkably preserved and highlighted by the inhabitants.

The itinerary "Nostalgie Rurale" evokes rural life at the start of 20 th century in an authentic setting.
Guided tour for groups from 10 people.

The "Nostalgie Rurale” itinerary recreates rural life at the beginning of the 20th century in an authentic setting. The house known as "Chabatz d'Entrar" features a cowshed, a bakehouse, a washhouse, a pigsty, a village oven, a woodshed, a village school, a granary, a clog-maker's workshop, a cobbler's workshop, a barn, a distillers' barn, a smithy, a grandmother's garden, and an exhibition of photos of the inhabitants of the village " Lou Monteraus".

It is the only village in the department to be listed as "One of the most beautiful villages in France". It is famous for the remains of its glorious past. It offers an architecturaly-imposing group of buildings remarkable for the purity of its lines. Information boards will lead you to the village's various monuments : the château of the Dukes of Mortemart, the covered market (C18th), the convent of the Carmelite order with its monumental staircase (C17th), the convent of the Augustinian order whose chapel has become the parish church, and the former offices of the old tribunal.

Only one kilometer from the beautiful village of Mortemart, amongst hundred-year-old trees, this superb 18-hole golf course offers a spendid view of the Monds de Blonds.

The club house welcomes players in a warm and friendly atmosphere with a tempting snack menu that you can enjoy indoors or on the sunny terrace.

The tree and bee interpretation trail

Follow this footpath to discover our natural heritage : wooded areas, deciduous trees, conifers. Learn all about them thanks to the nine information panels situated along the footpath leading up to the municipal bee-hive, where the life of a bee is explained. The Association ‘l’arbre et l’abeille’ organises guided visits for individuals and schools, on request.
The departure point is in Valette village.

The 13th century Fraisse was a "noble dwelling" of which almost nothing remains today. It was burnt down in 1356 by the famous Black Prince, then rebuilt after the Hundred Years War by Sieur Jacques des MONSTIERS. It is the "old castle" of the 15th century forming the right part of the complex of buildings.

Guided tour of the castle by a member of the family.

Rochechouart still has the traces of a giant meteorite which fell here over 200 million years ago. At the Maison de la Réserve you can learn about the impact of the meteorite in the area, and the distinctive stone, or impactite, that you can see in many of the buildings, which is of great geological interest. The name of the town, however, is linked to the Vicomtes of Rochechouart who ruled here for more than 800 years, and to the castle built on a rocky promontory from the 13th century onwards. The castle still has a 15th century appearance and has housed the Departmental Museum of Contemporary Art since 1985. The picturesque town was once a fortified town and retains an exceptional built heritage : the Medieval castle, the church with its twisted spire, the houses built from impactite, the 15th century Maison des Consuls, the rue dorée, the prayer quarter, the Grand’Rue.
Saint Sauveur church – In the 9th century the monks of Charroux abbey created a priory on the site of the current church. Consecrated in either 1060 or 1067, the Saint Sauveur church is a remarkable example of 11th century Romanesque art, in all its simplicity and its austerity. It has been restored numerous times. The north wall of the nave, the west wall of the north chapel and the main entrance door with its two large round columns topped with archaic capitals date from the 11th century. In the 13th century there were some major changes to the choir and the south façade with the construction of a limousin-style door. The twisted spire dates from the end of the 18th century (1767 - 1774) and is relatively rare in Europe, with various legends explaining how the spire became twisted. The Association of Twisted Spires in Europe has drawn up an inventory of all the twisted spires in Europe. After numerous studies it appears that the spire at Rochechouart is made up of five strips, each of which is moved from left to right by 15°. The base is octagonal and the twist is one-eighth of a turn (45°). Discover the town and its history by joining one of the guided tours available in the summer or join the ‘attack on the castle’, a guided visit in costume on Wednesday mornings. There are also many open-air activities including walks along way-marked footpaths to discover the impactite heritage or fishing on the lake at Boischenu. And, finally, come and feel the rythme of the music during the concerts of the ‘Labyrinthe de la voix’ which take place in the summer in the castle grounds. 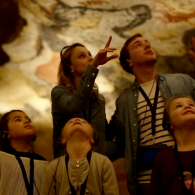 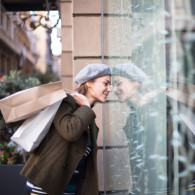 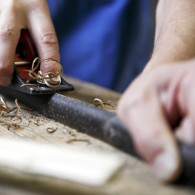 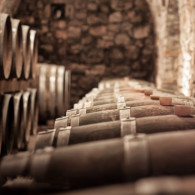 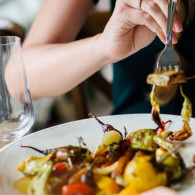