The Santiago de Compostela Routes: from Aulnay to Saint-Jean-d'Angely

The Santiago de Compostela route, listed as a UNESCO World Heritage site since 1998, has just celebrated its 20th anniversary. An occasion for pilgrims to rediscover, on foot of course, the 23 km-long Aulnay-Saint-Jean-d’Angély stretch. 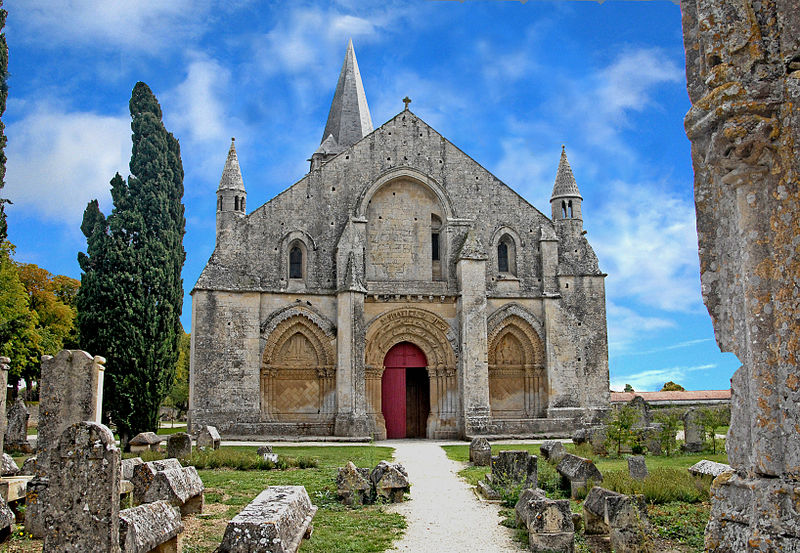 Setting out from Aulnay

Aulnay de Saintonge, located at some forty kilometres from Niort and from Saintes, is an incredible departure point. The Church of Saint-Pierre, erected in the 12th century, is one of the finest Romanesque churches in France. This site has recently been enhanced with an interpretative trail which highlights in particular the former Roman military camp. After this first stop-off, let’s continue our route towards Saint-Jean-d’Angély. White milestones, bearing the scallop seashell, are located right along the trail.

Nature reclaims its rights ever-so quickly. A white track, surrounded by fields of alfalfa and, suddenly, the “pilgrim for a day” feels overcome with sweet euphoria. Traffic on the departmental road is now well out of earshot. Few vehicles disturb these routes. After several easygoing uphills and downhills, we reach the village of Paillé. Its Church of Saint-Georges, also built during the 12th century, is much less impressive than its Aulnay neighbour but we can spot a few Romanesque sculpture features.

Pilgrims appear to be very welcomed in this village. One of the village inhabitants has actually set aside part of their garden for walkers. A water fountain is available for those who wish to boost their strength and quench their thirst. A “camino, eau” sign is set on the low wall of this hospitable home.

Paillé is soon behind us as we head off once again on the white routes which weave their way through the fields. On your left, the Saint-Pierre-de-Juillers’ wind farm and on your right a towering silo reminds you that you’re crossing through an area where cereal crops love to grow. On the horizon, we can catch a glimpse of the Boutonne Valley and its slender poplars. Soon, the outline of the village of Les Eglises d’Argenteuil comes into vision.

On the left of the road, a grove with a bench invites you in. Two metres on, another surprise: an incredibly-deep waterhole and a source. This mysterious place is well-known to walkers and provides a welcoming halt. We are now roughly halfway between Aulnay and Saint-Jean-d’Angély.

A few hundred metres further on and we arrive in Les Eglises d’Argenteuil. This thruway-village, sectioned by the departmental road n°950, is worth a halt to see its partially-destroyed Saint-Vivien Church where only a few outstanding features remain intact, such as these sculpted capitals over the doorway. This church, framed by dwellings, is perfect for a few amazing photos.

Now we’re at the end of the departmental road, let’s head for Vervant. The landscape is somewhat different here. Rapeseed fields gradually give way to poplar plantations. A castle is sure to delight history lovers. The pilgrim can have a look at the former dairy cooperative, the art-deco municipal reception hall as well as the museum full of agricultural tools and machinery.

After Vervant, the route is still little-used. A small bridge, a bend, and we reach Poursay-Garnaud. A former pumping station from the early 20th century will delight fans of modest architecture.

A few minutes on, and we cross several charming little bridges which span a branch of the Boutonne River. Courcelles comes into view. And, at first glance, enchants. A former wash house and a weir catch the eye. A myriad of weeping willows also attracts attention. From here, if the pilgrim has contacted the Kayak Club Angérien, they can head to Saint-Jean-d’Angély by canoe. 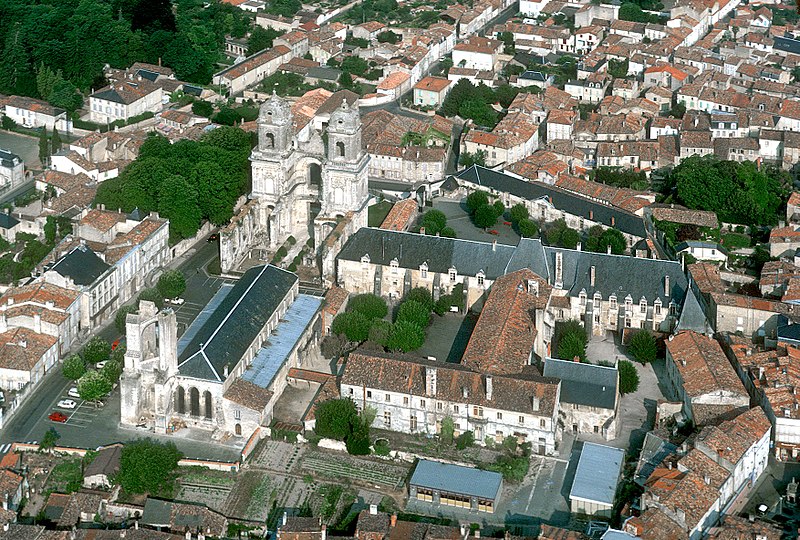 Let’s cross through the village of Courcelles. This part isn’t very pleasant as there are few footpaths, but it’s short. Upon leaving the village, we recapture the peacefulness of the poplar plantations. A few hundred metres on, a gigantic building bursts onto the skyline. This is actually the Méchain flour mill which proposes one of the best flours throughout the region.

The noise of traffic is getting closer. Only normal, as we’re arriving in Saint-Jean-d’Angély. Fortunately though, the Santiago de Compostela route avoids major roads and we enter the town in a wonderfully laid-back, relaxed manner. The walker’s eyes are drawn to the presence of numerous wind turbines as well as two astonishing towers. These are the symbols of Saint-Jean-d’Angély and announce the end of the route between Aulnay and Saint-Jean-d’Angély. The royal abbey was apparently where the skull of John the Baptist’s was discovered around 1015.

It takes at least six hours to cover the 23 kilometres.

To find out more about this stretch: www.association-le-bourdon-17.mozello.fr
And the UNESCO sites in Nouvelle-Aquitaine

Philippe Brégowy, a freelance journalist and author of “La Charente-Maritime” along with Xavier Léoty, published by La Geste, was born, lives and works in Charente-Maritime. Long may it last!