© poliki / Adobe Stock  —  The castle of Abbadia, in Hendaye, in the Basque Country.
Home page /

A walk from castle to castle in Basque Country

Surfing and chili pepper tastings are not the only things to do in Basque Country! There are also many many castles—the region is home to some very beautiful ones, which deserve a long look (or even a visit). Some stand proudly on the cliffs, facing the ocean. Others are more secretive, hiding in the hinterland…here are our favorites in the region!

The proudest: Castle of Ilbarritz, in Bidart

© Alban Gilbert / CRT Nouvelle Aquitaine  —  View of the golf course and the Castle of Ilbarritz.

From the top of its cliff, it lords over Atlantic Ocean. Built at the end of the 19th century, the Castle of Ilbarritz was born from the crazy command of Baron Albert de l'Espée. Originally, the estate had many outbuildings: seven outdoor kitchens, two kennels and a small fortified castle. Subsequently, the castle became a military hospital, passing through the hands of several owners before being classified in 1990 among the inventory of historical monuments. You can't visit the interiors, but one never gets tired of admiring its haughty domain en route to the beach or on the golf course. The current owner plans to transform it into a hotel.

The most enchanting: the Castle of Abbadia, in Hendaye

© P. Laplace / Hendaye Tourism  —  The Castle of Abbadia, in Hendaye

Once upon a time in Abbadia...
A majestic domain overlooking the ocean in Hendaye, this château houses the elegant castle-observatory of the same name, built between 1864 and 1884 by Viollet-Le-Duc for Antoine d'Abbadie, ethnologist and geographer. Built in a Gothic Revival style, it stands proudly on the cliffs, stormed by Atlantic waves. One can admire it during a walk along the Coastal Trail and even get the chance to visit it. The interiors are very colorful and the library is fascinating.

The most medieval: the Castle of Mauléon 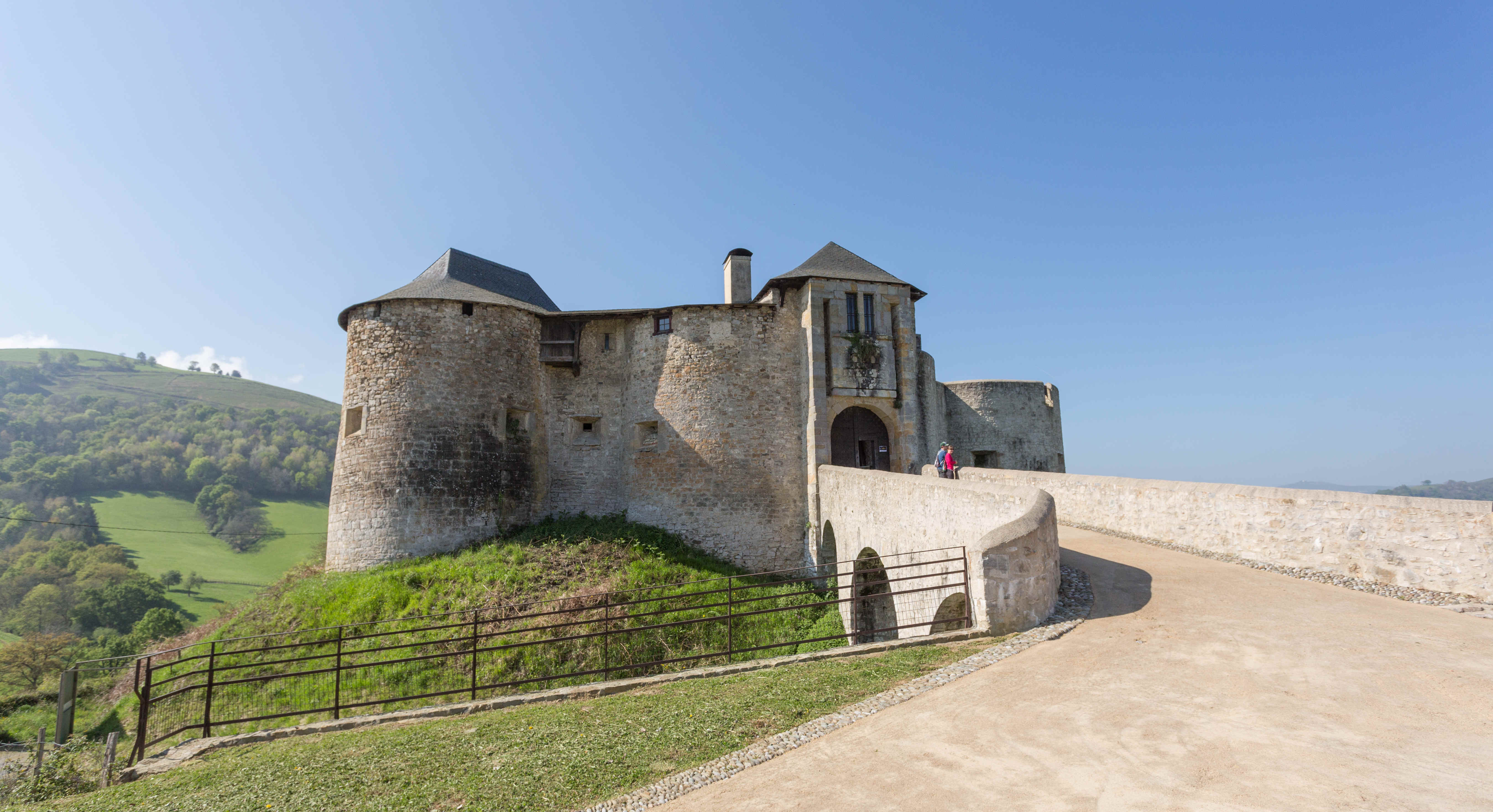 © Carole Embid / Mauléon  —  The castle of Mauléon, in Pays Basque

Erected in the twelfth century on a hill of the Soule, Mauléon Castle enjoyed a strategic location, close to Béarn, Navarre and Spain. Visiting takes you to the top of the walls, which offer a magnificent view of Mauléon village and the Pyrenean peaks.

The most defensive: the fort of Socoa 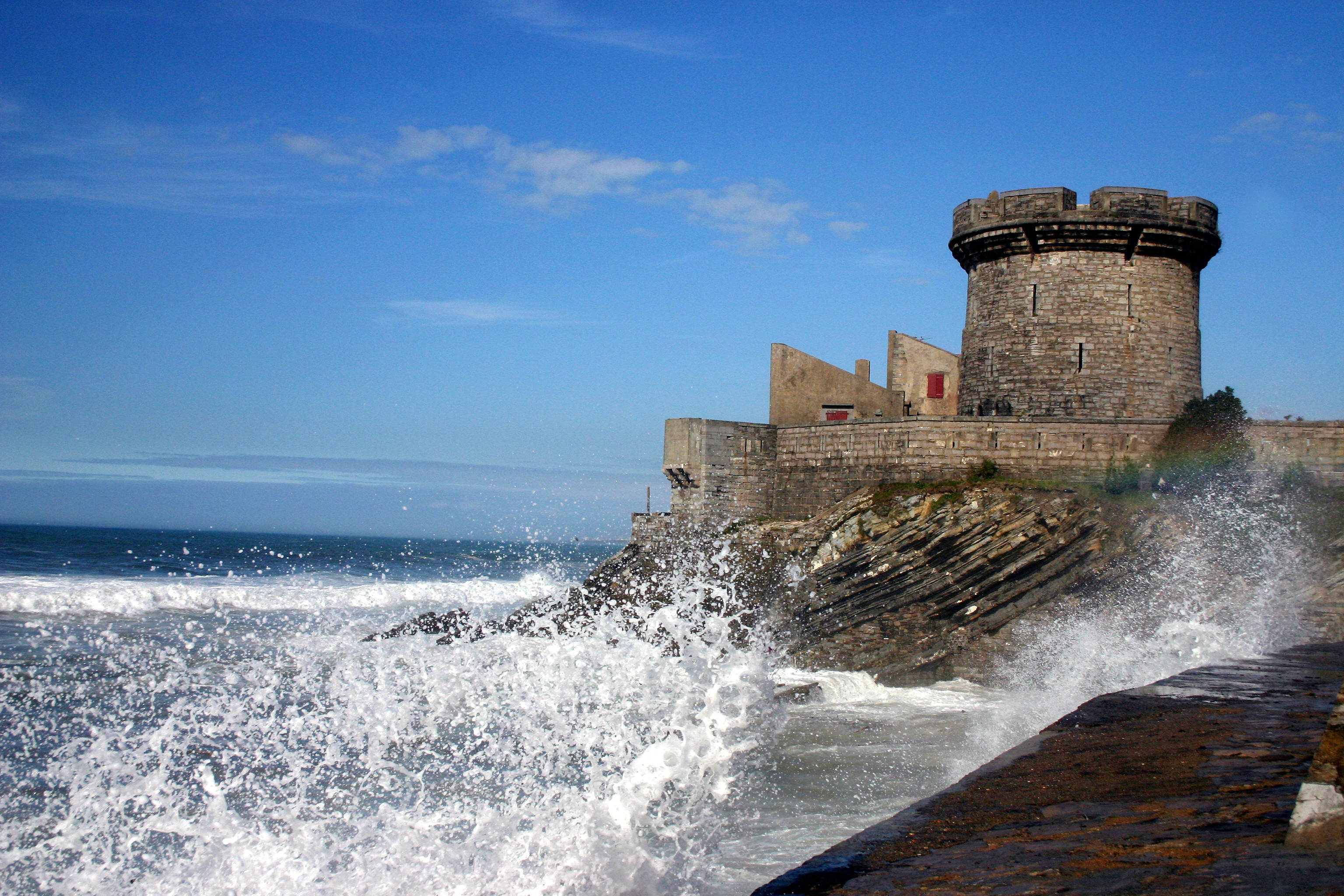 © OT Ciboure  —  The fort of Socoa, in Basque Country.

Its not quite a castle, but this defensive fort in the bay of Saint-Jean-de-Luz deserves a mention. Its construction began in 1627 under King Louis XIII, to protect the port of Socoa and the bay of Saint-Jean-de-Luz from Spanish invaders. The citadel subsequently underwent modifications, notably by the famous architect Vauban. The charmingly decayed structure is now very much appreciated by passersby. On days when the tide swells, the waves literally explode against the dike, offering a majestic spectacle.

The fort of Socoa

The most dizzying: the Castle of Gramont, in Bidache 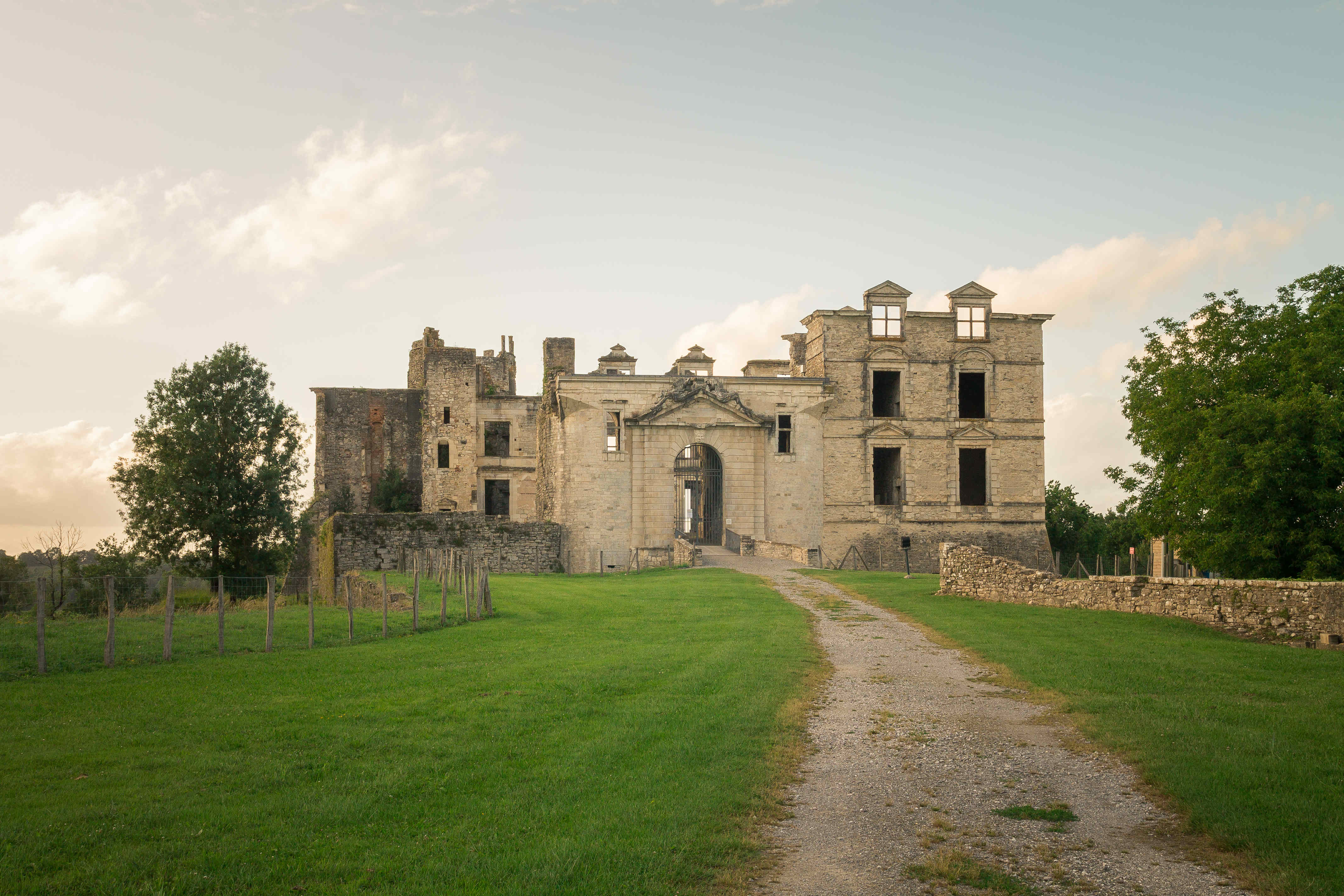 © Thierry Dulau  —  The Castle of Gramont, in Bidache, in Basque Country

Classified as historic monument, this is a castle that takes us through six centuries of history. Erected on a rocky spur by the Gramont family, it offers stunning views of the Bidouze valley and the Pyrenean peaks. For this, you have to climb the top of the 15th century dungeon. In summer, the castle takes us back to the past during a costumed show.

The Castle of Gramont, in Bidache The most iconic: the Villa Belza, in Biarritz With its dungeon, this elegant villa sinks its feet in water, taking on the appearance of a miniature castle. Built in 1882, it is one of the icons of the city of Biarritz and the famous surf spot of the Basque Coast. The villa is very photogenic, especially at sunset!

Journalist for the web and press magazines in the fields of tourism, sports and cuisine. Passionate about photography and surfing.

Getting to Basque Country