Cloud 9 in the Landes? The 9 things not to miss

In all four corners of this vast department, the Landes is brimming with hidden treasures to liven up your stay in the South West. 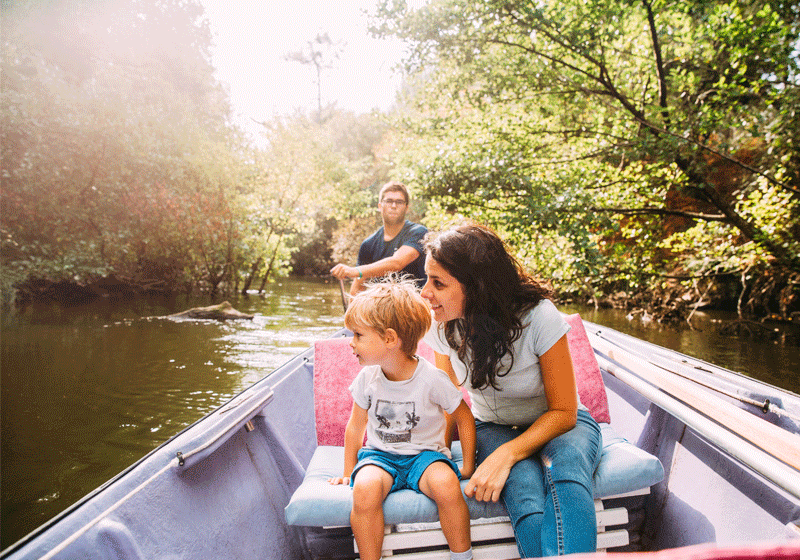 1. Sail down the Courant d’Huchet stream

The Landes coast stretches along miles and miles of amazing beaches and sand dunes. In fact there are so many that it's difficult to choose one over another. So let's go for a singular place: the Huchet Stream. You'll find this listed river, with natural banks and well-preserved plant and animal life, in Moliets, where the beach stretches from the dune and ends in a small sea inlet that links the Lake of Léon to the ocean. The zone is a protected area.

Our tip: use the services of one of the many professional boatmen on hand to sail up or down the stream.

2. Take a breath of fresh air at the top of the Contis Lighthouse

Except for a few small valleys near Chalosse, the Landes is a flat country. So, if you're looking for altitude Contis is the place to go. There you'll find the only lighthouse on the Silver Coast, rising to nearly 50 metres. More than enough to look down on the Maritime Pines: a different perspective on the Landes.

Our tip: check out opening days and times, during season, from April 1st to 30th September. 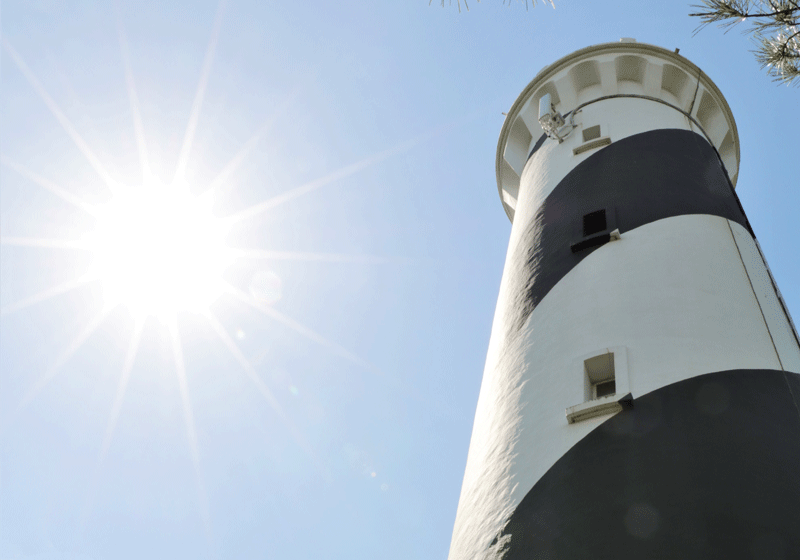 The Landes is not limited to the coast. There's plenty going on inland too. The heart of Gascony, where the Landes meets the Gers, is dotted with medieval bastides. One of the most well-known, as you'll see marked, is Labastide-d'Armagnac (north-east). This 12th century citadel, founded by the English, abounds with hidden treasures.

Our tip: even more surprising, Notre-Dame des cyclistes (Our Lady of Cyclists) a chapel dedicated to bike enthusiasts.

4. Eat local with the locals

We're tempted to recommend a good address - there are plenty to choose from in the Landes - along with its well-known ambassador Michel Guérard, in Eugénie, and his three stars. But that would be to miss out on everyday local cuisine, especially in the summer: numerous feasts, banquets, croupionades and carcasses are organised in the villages, especially on festival days, often for less than 10 euros. 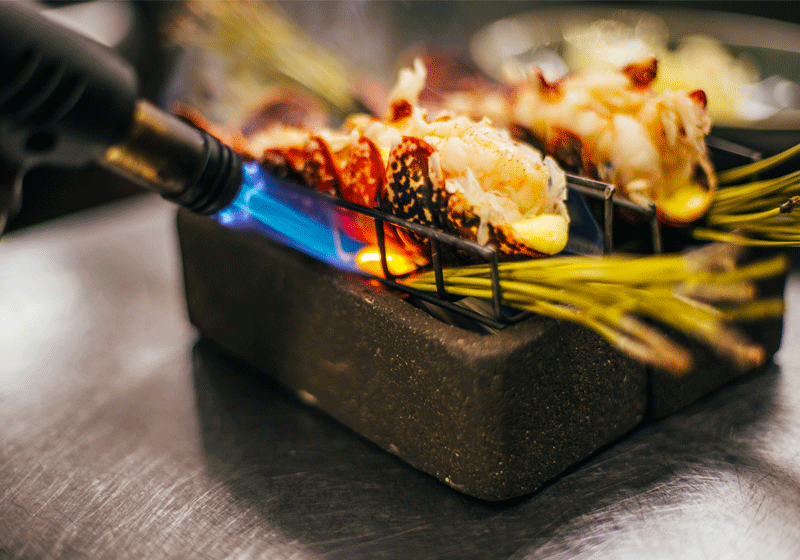 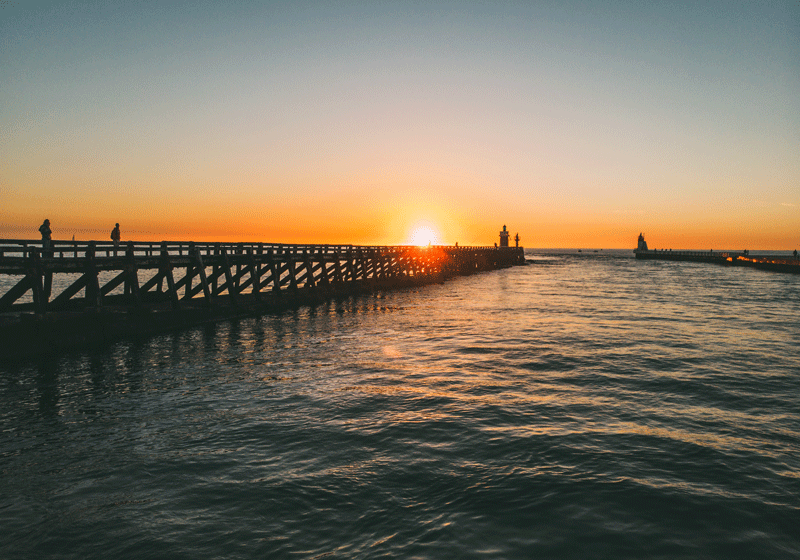 5. Take a photo of Capbreton pier

A star on Instagram, the Capbreton Pier is the most unmissable of all the things to see in the Landes for many tourists. Shot from every angle and in all weathers: sunset, storm or bright, blue sky. 189 metres of wooden walkway on a sea wall at the entrance to the port. An opportunity to get up close to the sea spray.

Our tip: settle down on the terrace at the foot of the casino on the seafront and tuck into the pancakes.

6. Listen to the bandas

Throughout the party season (and it's a long one), the whole department swings to the sound of the bandas and other orchestras that parade through the streets. The groups, each with their own specific look, practice all year.

Our tip: the only way to get a true feeling for the Landes is to be moved, or at least feel a shiver down your spine, while listening to «Agur jaunak », the closing piece for the feria de Dax. 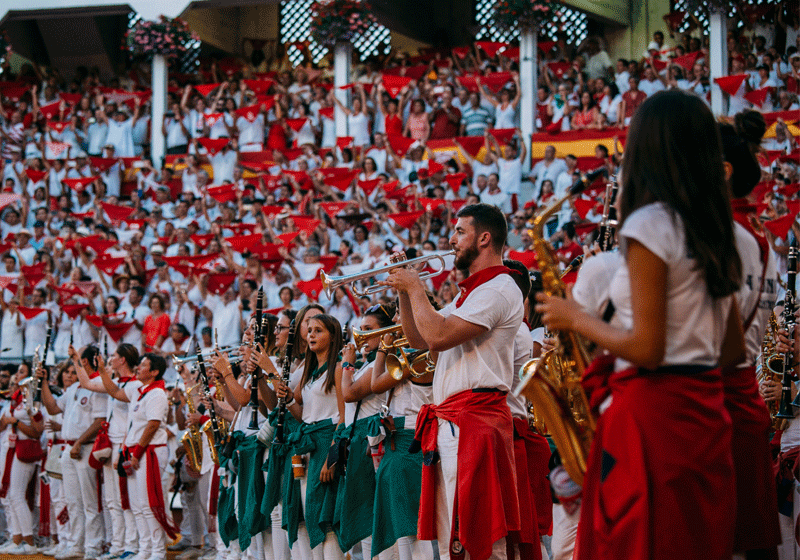 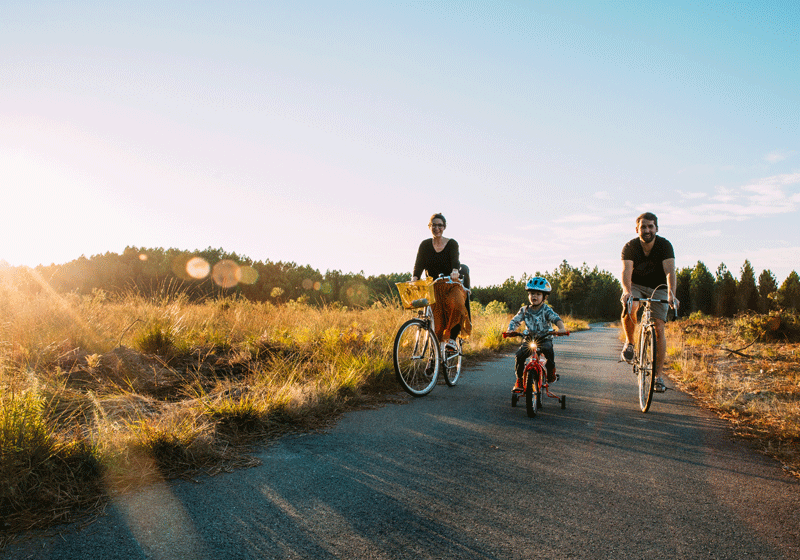 7. Go cycling through the pines

Over the past few years there have been many initiatives to create long and continuous cycle paths through the department. The most well-known goes by the name Vélodyssée and runs almost identical to the coast line. The recently created Scandibérique, comes into the Landes from Armagnac and runs all the way to the south coast. Beyond these, green routes (voies vertes) are legion, and more often than not protected from cars.

Our tip: you'll find plenty of rental shops along these two major routes.

A village is often made up of a town hall, a church and a stadium. In the Landes, you'll often have to add the arenas that go hand in hand with a strong bullfighting culture. During the temporada (the season) the novilladas and corridas are frequent. The most prestigious take place in Mont-de-Marsan and Dax. But bullfighting is also the Course Landaise, without the killing. You'll inevitably leave feeling impressed by the incredible risks taken by the jumpers and spacers. Particularly recommended for family thrills.

Our tip: the rosette races, where competitors (the razeteurs) have to catch the rosettes on the horns of cows and bulls. A really enjoyable moment.

It's a little known fact that the Landes also has a rich industrial heritage. For a long period, the area was dotted with forges. Though they've been extinguished for a long time, some town names still bear witness to their presence: Pontenx-les-Forges, in the Born region, and Brocas-les-Forges, in Haute Lande. A whole chapter of working history was played out here: these industrial units in rural areas were a rare phenomenon in 19th century France.

Our tip: the Forges Museum in Brocas is well worth the detour. 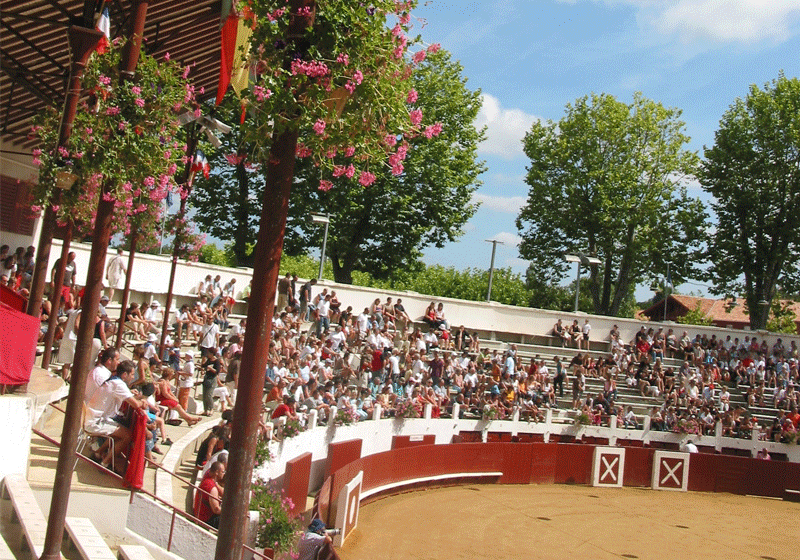 Dad on the roam, Olivier has his head in the clouds and his feet firmly on the ground! Always on the look out for new ideas and outings for his young teenagers, he loves out of the ordinary experiences that will appeal to both young and old. Ready for a family treasure hunt across Nouvelle-Aquitaine ?