Surf Arena, 60 years of surf competitions and culture in Biarritz

Three generations of competitors remember the legendary contests that have marked the history of Biarritz, birthplace of surfing in Europe.

Here's an anecdote from Jérémy Flores, the first French surfer to make headway on the professional circuit, and who moves into his twelfth consecutive season this year among the world's elite.

Invited, back in 2000, to participate in the first edition of the Biarritz Surf Trophy, a new type of contest with surfers as both judge and participant, he had to accost the waves off the 'Grande Plage' beach.“I was barely twelve years old and I hated cold water.
I'd learnt to surf in Madagascar and the Reunion, and nothing had prepared me to take on the raging Atlantic Ocean off this legendary beach. It was totally intimidating: the urban set up, the rocks, the powerful current, the shore break cross, and the presence of several generations of surfing stars who were - and still are- my idols: Tom Curren, Martin Potter, Taylor Knox, Rob Machado, Taj Burrow...”

That was the day, under the admiring gaze of his mentors and the local public, discovering him for the first time, that the young boy from La Réunion was to reveal a remarkable courage and feeling for the sea in the foamy maelstrom of the 'Grande'. His performance foretold an exceptional career, marked by historical victories over the most dangerous waves on the planet, in Hawaii and Tahiti.

Six years after his beginnings on the international scene in Biarritz, Jérémy Flores would become the youngest surfer in history to qualify for the professional circuit.

From Tom Curren to Kelly Slater, the golden age of Surf Pro in Biarritz

“Be it for a local, national or international competition, surfing for the first time off the 'Grande Plage' in Biarritz is always a rite of passage”, asserts Patrick Flores, Jérémy's father and former coach for the French team and the Reunion squad. “It's a spot that's unique in the world, elegant, magical, laden with history...a genuine 'surf stadium' right in the centre of town, with ideal facilities for the public, the competitors and the judges on the Casino terrace and esplanade. The diversity in wave conditions requires high level technical and tactical skills, and if the swell happens to be in town, the site is perfect for some spectacular surfing”.

Responsible for managing amateur surfing, the International Surfing Association (ISA) made no mistake when it asked Biarritz to organise the World Surfing Games in 2017, a contest that involved forty different nations.

Patron of the event Tom Curren, triple professional world champion, remembers the 1980 World Surfing Championships on the 'Grande Plage': “It was my first selection in the American team, and my first trip abroad. At the time, a good result in the ISA World Championships was a ticket to a career on the pro tour circuit. There were enormous waves at 'La Grande' and a huge crowd out to watch. People had gathered on the beach, in the car park, on every floor of the surrounding buildings. I won a junior title and came third in the Open. It was the beginning of my love story with France and the waves of Biarritz, where I came to live a few years later”.

Winner in 1989 of the first edition of the French Triple Crown, the Surf Trophy of the southwest, that at the time nominated the best surfer across three French competitions (Lacanau, Hossegor, Biarritz), Tom Curren exemplifies the golden age of professional surfing on the Basque Coast; today a bygone era. In the hot seat since the cancellation, for lack of waves, of the 1992 Quiksilver Surf Masters, at the quarter final stage - a first in the history of the ASP tour – the 'Grande Plage' Competition disappeared from the world championship calendar fours years later, after ten editions and a final consecration, that of “King” Kelly Slater, last champion of the Biarritz Masters.

The sports legacy of the Surf Godfathers

Emblematic of the mercantile abuses of the surf-business, accused by the purists of selling off the "surf spirit" to win over the public, the 80's and 90's with their glitzy competitions, often with mediocre wave conditions, have difficulty finding a place in the grand anthology of a half-century of surfing in Biarritz. Oral tradition of local surfers and the collective memory of French surfing as produced in the specialised press - an idealized image retrospectively - prefers to highlight the romantic saga of the pioneers of the Sixties and the utopia of the surf bums of the Seventies. The result: the image of a purely sporting practice gets wiped away to leave more room for the poetical plea of “Soul Surfing”, a way of life inspired by travelling and counterculture, rich in idiosyncrasies.
Competitions still remain the guiding thread that link together the different generations who've followed each other over the Basque-country waves over more than six decades. If 1957 is regularly quoted as the year that surfing really began in France, after the first outlandish attempts during the summer of 1956 by the American Peter Viertel and local Biarritz-boy Georges Hennebutte at the 'Côte des Basques' beach (with a board illegally imported from the USA by the film crew of The Sun also Rises, adapted from Hemingway's book of the same name), it was only three years later that the emergence of a small group among the pioneers, the legendary Surf Godfathers, was to launch French surfing on the road to posterity.

On July 20th 1960, in front of several thousand spectators, the Waikiki Surf Club and the Biarritz Tourist Board organized the first demonstration of “surf-riding” on the 'Grande Plage'. In September of the same year, still in Biarritz, the first French championships took place, won by Joël de Rosnay, aged 23 at the time, followed in September 1961 by the consecration of Jacky Rott at the European Championships. « The first competitions we organized among ourselves in the early 60's really gave a sporting and cultural foundation to the movement", explains Joël de Rosnay. « Then Michel Barland and Jacky Rott started making surf boards, Jo Moraiz started to import Californian products to sell in his surf-shop on the place Sainte-Eugénie and opened the first surf school. On my side, I wrote articles on the waves of France for Surfer Magazine, the bible of American surfers, and became involved in founding the French Surfing Federation...". Sponsored by Remington razor blades and Caron fragrances, the first competitions created a close community spirit. In 1968, the French Internationals, organized on a spot, that has since disappeared, at La Barre in Anglet brought the best Australian, American and French surfers together in a psychedelic vibe. Long hair and short boards: the revolution was at its height. But in Biarritz, a spot on the Basque Coast, where everything started, we were already surfing on a wave of nostalgia that had rolled in from Hawaii.

Biarritz Surf Festival: back to basics

In 1972, Robert Rabagny took over the local club the White Bears and organized the first Arnaud de Rosnay Memorial contest at the 'Grande Plage'.
In 1984, still at the 'Grande', he created the Maïder-Arostéguy Championship, in tribute to a local figure lost at sea. Today the Maïder is the longest running European Surf Competition - it has just celebrated its 34th consecutive edition - and attracts 250 competitors to Biarritz every April year after year. In July 1992, Rabagny launched an innovative concept for the magnificent 'Côte des Basques' coastline, the Biarritz Surf Festival.

For over 13 years, this annual gathering celebrated the origins of surfing culture and the He’enalu Hawaiian spirit. Water-mixing ceremonies (Ho’okupu), acrobatic surf-tandem contests, world longboard championships (traditional boards), surf-towing and lifesaving demonstrations by lifeguards from the island of Oahu, Beach Boys concerts... Every summer the BSF rolled out the red carpet in front of the Villa Belza for the legends of a sport practiced by Hawaiian kings.

“They were all there, from Phil Edwards to Rabbit Kekai, David Nuuhiwa, Buffalo Keaulana, Mickey Dora or Greg Noll...”, recalls another local from the coast, Antoine Delpero, already twice world surf champion, who next May will try to add a third title to his track record. No doubt, as he heads off shore with his three other competitors, he'll spare a thought for Peter Viertel, Georges Hennebutte, Jacky Rott and Joël de Rosnay, the 4 musketeers from the summer of 57.

Surf Writer and “local scribbler”, for over twenty years Gascon journalist Guillaume Dufau has been dipping his pen in the salty waters of the Atlantic, barrels of local wine and the saucepans of head chefs across Nouvelle-Aquitaine and the Basque Country. 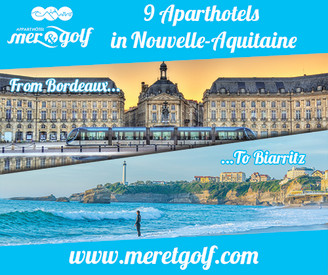 Surfing
Exploring Les Landes with the girls from Elles...

Explorers
In insider mode with a surfer girl from the...

Surfer girl Pauline gives us her secret addresses. From places not to miss and hidden gems, welcome to the secret world...

ISA 2017 World Champion with the French team, French Champion in 2016, this 30-year old from the Landes never lets-up...

At just 24 years old, Sirikit Harivongs has opened a coffee shop in Biarritz. When she's not serving her famous yogurts...

Romantic
A vintage weekend in Royan

Nature
Why you should spend your holidays at the Huttopia...

Looking for a holiday that manages to do active and relaxing all in one? Rendez-vous 2.5km from the village of Dolus...

Surfing
Exploring Les Landes with the girls from Elles...

Explorers
In insider mode with a surfer girl from the...

Surfer girl Pauline gives us her secret addresses. From places not to miss and hidden gems, welcome to the secret world...

ISA 2017 World Champion with the French team, French Champion in 2016, this 30-year old from the Landes never lets-up...

At just 24 years old, Sirikit Harivongs has opened a coffee shop in Biarritz. When she's not serving her famous yogurts...

Romantic
A vintage weekend in Royan

Nature
Why you should spend your holidays at the Huttopia...

Looking for a holiday that manages to do active and relaxing all in one? Rendez-vous 2.5km from the village of Dolus...

Oops! We have no results at the moment. If this problem persists, contact the administrator of this site.

IGN BELGIQUE
Powered by Cirkwi - Read Terms of Use